...'as the world delays a Nobel for Thiong'o, we will honour him here in Uyo' - Ekong Sampson

Akwa Ibom's top rated hospitality outfit, Watbridge Hotels&Suites has debuted yet another historic first in the long list of its innovative services with the inauguration of a guest library facility named after the great African writer, Ngugi wa Thiong'o.

The Library, built to modern state-of-the-art standard and complete with a reading area, cyber cafe, tea bay as well as e-library and hard copy components will boost reading culture, encourage scholastic research and inventive imagination for lodgers and visitors to the hotel's community.

The inauguration of the edifice was performed by the Special Guest of Honour and the Executive Director of the International Press Institute (IPI), Mr Lanre Arogundade in the presence of other distinguished dignitaries and top brass of the hotel.

In his inauguration oration, Arogundade, a former State Chairman, Nigerian Union of Journalists(NUJ), Lagos State hailed Watbridge's commitment to deepening hospitality with world class innovations saying, the Library is an ingenious addition and one of the most novel in the entire world. The International Press Chief praised the hotel's unique services expressing delight at their service thrust. He commended the hotel's board and management for the foresight in mooting the idea of a library addition to their services and seeing to its fruition. Arogundade, who acknowledged the role of education in the development of any society, expressed hope that the library would serve as resource centre for the acquisition of knowledge.

"This is a very special occasion to have distinguished Nigerians who believe in knowledge. As we all know, education is the key to human development and growth of the nation. I really thank and congratulate the management of this hotel for this great innovation"

Addressing the gathering, Chairman of the hotel, Elder U.S. Akpan, described the library as a product of a vision that seeks to promote literacy in the society.

Also Speaking, an Advisor to the hotel, Barr. Ekong Sampson flanked by his Wife, Tina described the facility as an innovation that seeks to promote reading culture in the society. He called on the international literary community to honor Ngugi while he is still alive, remarking rhetorically that if they do no want to award him a Nobel out there, 'we will honor him here in Uyo'.

In his remarks, the General Manager of the hotel, Otunba Sunday Ajayi described the library facility as a bold testimony of the hotel's commitment to widening of its scope of hospitality.

"Today, this beautiful edifice facility will be opened to the public in furtherance of our vision to not only provide luxury and class, but cement the hotel's reputation as truly a home away from home. The library will also add to our impressive employment ranks as more young Akwa Ibomites and Nigerians will be gainfully employed".

The General Manager hinted that the addition of a library to the hospitality outfit comes as part of the hotel's diversification drive, adding that plans were at advanced stages to also add a pharmacy, water production facility and a farm.

A former Chief Press Secretary to former Governor Victor Attah and a Senior Mass Communication Lecturer at Akwapoly who also double as Founder, Uyo Book Club, Dr. Udeme Nana said the addition of a library has turned the hotel into a holistic hospitality facility. Goodwill messages were also received from the Commissioner for Education, Mrs. Idongesit Etiebet represented by Dr. Glory Emah Ekpo. Others who spoke glowingly about the facility include, Dr. Martins Akpan, Chairman of Mkpat-Enin represented by his Vice-chairman, Lady Mercy Bassey.

Ng?g? wa Thiong'o, a Kenyan and academic, who writes primarily in Gikuyu is an important figure in African Literature. His works include novels, plays, short stories and essays, ranging from literary and social criticism to children's literature. 'Weep Not Child' is one of his most famous books. 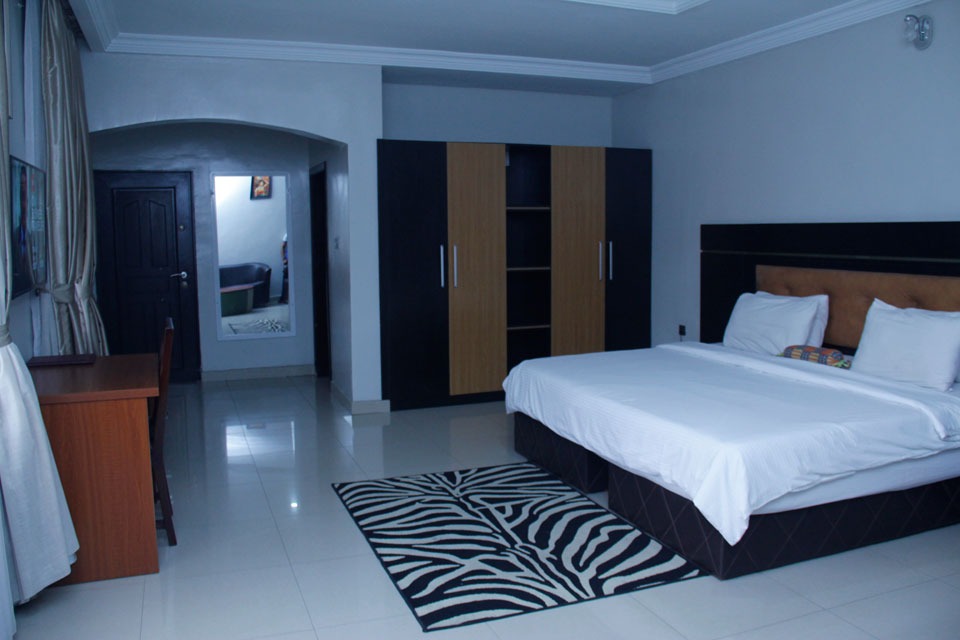 Check Out Our Rooms

Classic, Exquisite, Watbridge offers the comfort you need away from your home

Here is a collection of pictures in a gallery where you can tour our facility.